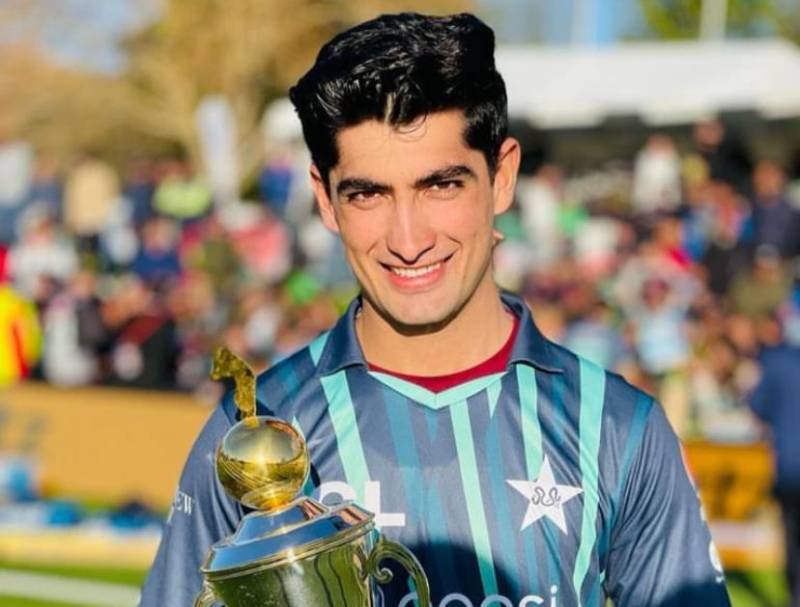 Naseem Shah is a famous Pakistani cricketer who’s currently serving the Pakistani team as a fast bowler. Naseem Shah started his cricket career at the age of 16 when he played his debut match in 2018.

Lately, Naseem Shah became the center of attention due to his phenomenal performance in the Asia Cup 2022.

This time around, the former cricketer Waqar Younis praised Shah’s bowling skills but dropped a hint about his acting as well.

On Tuesday, Younis took to social media and shared a picture with Shah, saying how he is a brilliant actor.

“Stay tuned everyone something BIG’s coming up,” Younis shared on Twitter. “Naseem Shah, not only an excellent cricketer but also a very good actor.”\

Stay Tuned Everyone Something BIG’s coming up @iNaseemShah not only an excellent Cricketer but also a very good Actor♥️ pic.twitter.com/nqprJJe7xD

While the former cricketer did not reveal details about the upcoming project, netizens and fans have begun speculation about Shah’s acting debut.